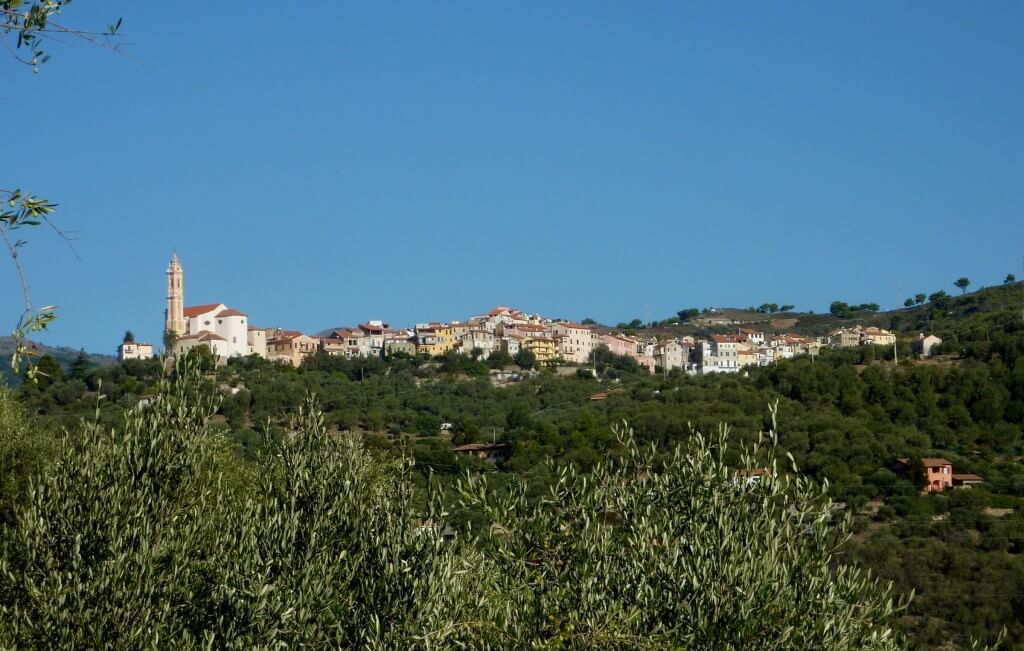 Let’s start in the Piazza Giuseppe Mazzini of San Lorenzo al Mare, once a center of public and civic life of the oriental village, the San Lorenzo “of Porto Maurizio“, and take the steep via Castello, the narrow road that during the Middle Ages crossed one of the first urban cores that has been recorded in local history (the “Castle“), going back until coming out on the main road and, after a short crossing, passing in via Terre Bianche. 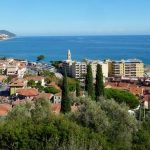 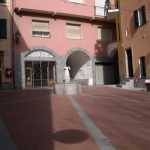 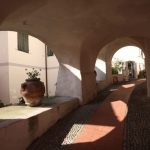 It is a steep and quite challenging climb, although almost completely asphalted, that runs through a residential area populated by houses with beautiful sea views and that continues always clambering over the hill and the “Hell’s Valley”, narrowing gradually until becoming a street of service lapping beautiful olive groves and Mediterranean vegetation zones. 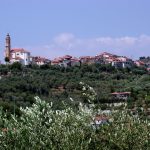 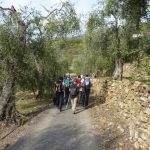 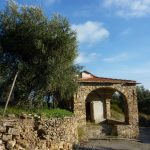 Continuing on the main way, with sight on Civezza’s village that dominates hurling himself to the sky, and reaching after about an hour of walking near the oratory of San Salvatore, according to legend, seat of the first inhabited center, where let’s meet the provincial road. Cross the paved road after 50 meters, on the right, adn finally found a stony mule track that, as other mountain routes, traces the ancient pilgrimage road called “Via della Costa” and it is indicated by a trail sign with the image of a shell (now replaced in many places by a signpost reading “Sentiero Liguria“). 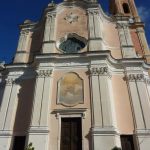 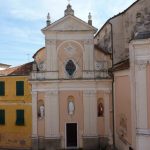 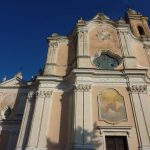 The mule track climbs up to the down–village of Civezza and, through an underground gallery, until the majestic Piazza San Marco, where stands up one of the most evocative and impressive complexes religious Baroque of the zone and of the Far Western Liguria, where took place the parish church, dedicated to the Saint Evangelist Mark, and the adjacent oratory of San Giovanni (mid–second half of the century XVIII). 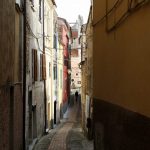 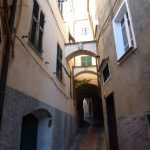 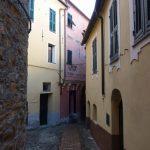 From here, following the trail marker, let’s take the long “carugio dritu” (Via Dante) that, as a plug, crosses the heart of the historic center offering the view on a compact curtain of medieval row houses and some small and panoramic little squares (as Piazza Marconi and Piazza Carducci), and ending in Piazza Venezia, where resists perfectly preserved one of the “five towers” that marked the village between fourth and fifth centuries, the tower-house “del Rivello” (or of “the Swisses”) . 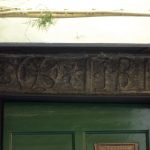 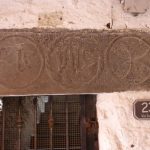 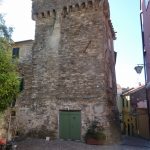 Reached at this point, it is possible going over toward an interesting ring route that crosses olive groves and woods or, alternatively, pointing toward the middle and upper valley, toward Torre Paponi–Lingueglietta or Boscomare-Pietrabruna.